As a small, independent group of web publishers, we have no outside affiliations and do not rely on outside funding of any kind. This has allowed us to create a completely objective resource designed with urban planning students in mind.

We took our cues directly from professionals in the field. Working with practicing urban planning professionals, as well as graduate students currently enrolled in urban planning/public policy programs, we curated only the most vital information gathered from interviews and web research with the goal of developing a user-friendly website.

Our talented staff writer who performed the research that went into this project have spent years writing about educational topics. 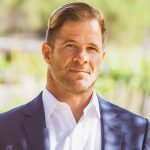 Ben Oberg has nearly 20 years’ experience in corporate finance, real estate acquisitions, entitlements and development. He began his career with The Lomas Santa Fe Group in Solana Beach, California, moving later to AECOM working in financial feasibility, acquisitions, infrastructure and development. Between 2001 and 2011, he worked primarily on large scale developments including hotels, resorts, shopping malls and master planned communities. In addition to a number of domestic projects, large international developments included projects in Japan, Dubai, The Philippines, Mexico and Brazil.

In 2011 Ben returned to the US, focusing briefly on real estate debt acquisitions at its height before moving to a CFO role for Optimist Inc, a creative agency and later for Comexposium US, opening and managing the North American business for an established French private equity firm ultimately focused on revenue producing investments.

Susan is a writer and editor with a BA in Psychology. She has conducted research and written on topics related to higher education, technology and cybersecurity throughout her career. Susan’s work has been published both in print and on many websites.