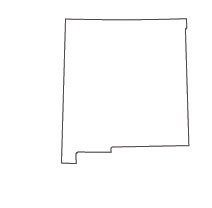 Per CityLab.com,the metropolitan area of Albuquerque, New Mexico has more jobs for urban planners than the average city in the United States.  In fact, the city offered almost twice the national average of urban planning jobs as of October 2019.

Why is Albuquerque such a hotbed for urban planning jobs? It is home to the only graduate urban planning degree program in the state (at the University of New Mexico). Planning in this city is focused on hot topics such as sustainability and preserving the natural environment. According to city statistics, Albuquerque’s population as of July 2018 is just over 560,000. The Bureau of Labor Statistics of the US Department of Labor (BLS) notes that the entire state of New Mexico experienced the eighth highest job growth (for all occupations, not just urban planning) of all states, at 2.4 percent in 2018.

Urban planners ensure that New Mexico’s urban, suburban and rural living spaces are planned in efficient and thoughtful ways to preserve the natural environment as well as humanity. Long-range planning is currently ongoing in metropolitan areas across the state, to ensure responsible urban spread both now and in the future. Planning must be a continuous process that guides development, redevelopment, and investment of New Mexico’s resources into communities, cities and counties to promote a better quality of life, land use and infrastructure for all of the state’s citizens.

The BLS points out that, as of May 2019, New Mexico had the fourth highest concentration of jobs for urban planners of all states (behind Hawaii, Vermont and Washington). There were 540 urban planners employed in New Mexico at that time, earning an average annual salary of $58,240. Urban planners working in other parts of New Mexico made the following average wages:

Zoning and land use laws in New Mexico are regulated at the local level, by municipalities. While not required by state law, municipalities and counties are encouraged to develop comprehensive plans to address land use, water, transportation, economic development, and infrastructure.

The State Land Office is New Mexico’s main state-level department that is responsible for working with over 100 municipalities and 32 counties that have trust lands. New Mexico State Trust Lands benefit public schools, universities and special schools, and can accommodate the needs of nearby communities.  The office tries to make money on these lands while still preserving their natural resources.

Most state trust lands lie within the Permian Basin (which is rich with oil) and the San Juan Basin (which is rich with gas). This, along with revenue from nonrenewable resources, creates royalties that the state uses to help New Mexicans. Revenues from renewable resources are paid directly to beneficiaries of the fund. Over the past two decades, trust lands have generated over $4 billion to New Mexico education and generated revenues of $8 billion for the Land Grand Permanent Fund.

The New Mexico State Office of the Bureau of Land Management is responsible for planning land use of 13.4 million acres of public lands and 26 million acres of federal mineral resources throughout New Mexico, Texas, Oklahoma and Kansas. Areas included in these lands which have Resource Management Plans are:

Cited in the report are anticipated challenges that the New Mexico Department of Transportation will face over the next 25 years. This includes:

Before you can become an urban planner in New Mexico, you must earn an undergraduate degree. It is highly recommended that you find a program that is accredited by the  Planning Accreditation Board of the American Planning Association. New Mexico, unfortunately, houses no such programs. Other viable options that could also prepare you for step two, the graduate program, include:

As mentioned above, step two of your educational journey on the way to becoming an urban planner in New Mexico is to earn your graduate degree. This New Mexico program is accredited by the  Planning Accreditation Board (PAB) of the American Planning Association:

The New Mexico chapter of the American Planning Association recommends professional certification for all urban planners statewide through the American Institute of Certified Planners (AICP). This is attained through passing an examination. The exam is administered at these Prometric testing sites in New Mexico:

Once you have achieved AICP certification, you must maintain it by taking 32 Certification Maintenance (CM) credits every two years. Ethics and current planning law must account for three of these credits. Activities that do not count for CM credit include mentoring, volunteering, APA business meetings, and teaching for money. For more information on what activities do qualify for CM credit, contact the New Mexico chapter of the APA.

The AICP is the most popular certification for New Mexico urban planners, but it isn’t the only one. Other agencies that provide certification include:

There have been some impressive planning projects throughout New Mexico, such as:

You might get matched to an internship while working on your graduate degree in urban planning. If not, fear not, as organizations such as these have been known to take on interns:

Public sector urban planner jobs are available at the federal, state, city and county levels in New Mexico. They may include:

Urban planner jobs within New Mexico’s private sector may include:

According to NeighborhoodScout.com, the median home value in New Mexico as of 2019 was $177,995. The top ten appreciating cities for homes in the state were: Tatum, Tohatchi, Navajo, Jal, Artesia, Loving, Hobbs, Vanderwagen, Thoreau and Lovington.

Home sales were down a bit in 2019, according to the New Mexico Association of Realtors, but were still higher than every other year since 2008. Lower interest rates and a better statewide economy are expected to keep home sales on the rise in New Mexico.

Urban planners in New Mexico should expect opportunities to continue, as more and more New Mexicans move from rural or suburban areas to larger cities. This migration, which is expected to continue, will present new challenges for New Mexico’s urban planners.