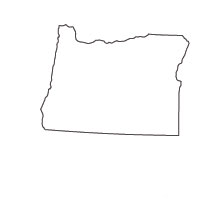 Almost 75 percent of Oregon’s population resides in the Willamette Valley. Within the next half-century, the population of this region of the state is expected to double, primarily in the Portland area, per the Oregon Office of Economic Analysis.  It is clear that, with all of the migration and expansion expected to continue in Oregon, job opportunities for Urban Planners statewide should flourish.

Career website Zippia.com ranks Oregon second among all states in terms of the number of jobs for Urban Planners per capita. With a location quotient of 2.34 as of 2019, the state boasted 60 Urban Planner jobs that year. If you are interested in becoming an Urban Planner in the Beaver State, keep reading.

Due to the continued growth of Oregon, the state has put measures into place to ensure that growth remains sustainable and sensible. Some of these include Urban Growth Boundaries (UGB), which are designed to prevent urban sprawl and protect forest lands and farmland; affordable housing initiatives; transportation planning; economic development; planning for public facilities; and recreation planning.

Portland carries the distinction of being the only directly elected regional government and metropolitan planning organization in the country. Its regional government is called Metro, and was established in 1979 to lead the counties of Multnomah, Washington and Clackamas.

The Department of Land Conservation and Development in Oregon is responsible for setting in place Urban Growth Boundaries (UGBs).  They surround each city in the state and consist of lines drawn on planning maps to show where a city is expected to grow over the next 20 years. UGBs may be expanded through cooperation from the city and county and coordination with services within that particular urban area.

In 2007, Oregon’s legislature authorized counties and cities to identify land that might be developed in the future, as well as rural land that they wished to be preserved for forestry, farming and other uses. These are called urban and rural reserves. They may be estimated by local governments, and are designed to offer a 30- to 50-year projection for a city’s or region’s long-term growth.

The Oregon Department of Land Conservation and Development’s Coastal Management Program  is designed to protect the state’s coastal lands. Much of this is accomplished through the national Coastal Zone Management Program, established in 1972, as Oregon is one of 34 coastal states participating in the program. Oregon’s own Coastal Management Program, approved by the National Oceanic and Atmospheric Administration in 1977, represents Oregon’s application of the national program. It covers Oregon’s coastal zone, which includes land along the Umpqua River, Rogue River and in the Columbia River Basin.

Rural Planning and Development in Oregon

Rural planning and development is just as important, if not more so, as urban planning in the state of Oregon. Under the state’s planning program, rural land is conserved for forestry and farming as well as to protect wildlife habitat and natural resources. Urban sprawl development is discouraged outside of urban growth boundaries.

Oregon’s Ballot Measure 49, which was passed by the state’s legislature and approved by voters in 2007, allows for compensation for landowners under certain conditions. Namely, if a local government or the state enacts laws that restrict residential usage, farm or forestry usage of land, reducing that land’s fair market value, the landowner may qualify for compensation. A landowner must file a claim within five years of the land use regulation being passed. When filing this claim, the landowner must show that the regulation restricts farm practice, forest practice or residential use and that it has reduced the fair market value of the property.

Become Professionally Certified as an Urban Planner in Oregon

It is recommended by the American Planning Association- Oregon Chapter that the state’s Urban Planners become professionally certified. This certification is attainable by passing an examination given by the American Institute of Certified Planners (AICP).Certification can increase your chances of getting good jobs as well as help you to earn a higher salary. The Oregon Chapter of the APA offers information to help you prepare for the exam at its website.

Maintaining Your AICP Membership in Oregon

AICP’s Certification Maintenance (CM) program assists you in finding mandatory continuing education to maintain your certification. You must earn 32 CM credits every two years, including 1.5 CMs in Planning Ethics and Planning Laws.  Examples of upcoming CM activities in Oregon include:

Oregon offers a plethora of urban planning jobs and career opportunities, in both the private and public sectors. The state’s unique regulations regarding urban and rural planning help to create a myriad of jobs for those holding graduate degrees in the urban planning field. Some examples of potential job titles for those with such degrees include Transportation Planner, Environmental Planner, City Planner, Economic Development Director, and Economic Diversification Coordinator.

Urban planning projects in Oregon within recent years have included:

Internship opportunities may be provided by your graduate program in urban planning. Examples of recent internships in Oregon have included:

Opportunities for jobs within the public sector in Oregon have included:

Opportunities for jobs within Oregon’s private sector have included:

In 2018, per the National Association of Realtors, the real estate industry in Oregon made up $48.4 billion, or 20.3 percent of the gross state product. Confidence in Oregon’s real estate market remains high, with commercial real estate and construction largely driving the optimism. In particular, construction on affordable housing and infrastructure as well as public-private partnerships has increased. However, amusement, retail and hotel project construction has decreased in Oregon.

Oregon is home to one of the most progressive planning and policy environments in the entire nation. This fact, along with the state’s robust real estate market, equals an exciting and bright future for those wishing to become urban planners in the state.