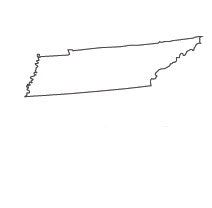 The planning website CityLab.com notes that Knoxville, Tennessee was one of the highest-paying metropolises in which urban planners worked in 2018. Per their data, urban planners within that city earned a median annual wage of $90,849. It can be quite lucrative to become an urban planner in that part of Tennessee.

Additionally, nine development districts consisting of municipal and county governments work to plan and develop land use and transportation regulations together. These include:

If you would like to become an urban planner in Tennessee and discover how local governments and agencies work together for the good of the state, read on.

According to the Bureau of Labor Statistics (BLS), in May 2019, urban planners employed in Tennessee earned an annual median wage of $59,080. If you note that this seems much lower than the figure quoted above, understand that this is just an average, and that, depending upon where you live within Tennessee, you might make more or less than the average. For example, per the BLS, urban planners within the following Tennessee metropolitan areas earned at that time:

Like most states, Tennessee’s planning regulations and laws occur at the local governmental level. The first planning commissions in the state were in Memphis (1921), Knoxville (1922), Chattanooga (1922), Nashville (1925) and Johnson City (1927). Shelby County had the state’s first county-level planning commission.

The Tennessee State Planning Commission was created by the State and Regional Planning Act and no longer exists. Today, there is no formal state land use planning body. Most cities that have over 1000 in population statewide have a local planning commission. Tennessee’s Code Annotated, Title 13, authorizes local governments to develop planning and land use regulations.

Municipal planning commissions, under Tennessee law, have these powers:

In 1998, the Tennessee Growth Policy Act was adopted in response to Tennessee’s rapid population growth. At that time, Tennessee was the 14th fastest growing state in the country, with the fourth fastest land development rate. Unfortunately, the act proposed no statewide solutions. It included five statements of the intent of legislators:

Since 2000, the population of Tennessee has increased 12 percent. The amount of developed land in the state increased by 18 percent from 1997 to 2012. Areas within the state which show the fastest rates of growth include the counties around Nashville/Davidson County. By 2035, it is estimated that one million additional citizens will be living in that area.

While the Tennessee Growth Policy Act is still in effect, it has not done much in a practical sense to curb growth and development in the state.

Earning an undergraduate degree in urban planning is the first step on your journey towards becoming an urban planner in Tennessee. It is recommended that you choose a program accredited by the  Planning Accreditation Board  of the American Planning Association. No such programs exist in Tennessee, however. Consider this alternative:

There is one graduate program in urban planning in Tennessee that is accredited by the  Planning Accreditation Board (PAB) of the American Planning Association:

The American Planning Association – Tennessee Chapter recommends that urban planners become professionally certified. You can do so through taking the American Institute of Certified Planners (AICP) examination, which is offered at Prometric testing sites in Tennessee such as:

The Tennessee Chapter of the APA holds one AICP exam preparation workshop each year, usually in the fall. Check here for information on this and other resources that you can use to ready yourself to take the exam.

The Certification Maintenance program of the AICP will help you to meet the CM requirements every two years. During this time, you must complete 32 CM credits. Examples of ways to find credit include:

The AICP is not the only professional certification available to Tennessee’s urban planners. Others are:

Career Paths and Job Opportunities for Urban Planners in Tennessee

If your college urban planning program does not offer you internship opportunities, you might have to search for your own. Examples of internships across Tennessee have included:

Planning Jobs in the Public Sector in Tennessee

Jobs in Tennessee’s public sector involve working at the federal, state and local levels, and may include:

Planning Jobs in the Private Sector in Tennessee

Private sector positions for urban planners in Tennessee may include:

According to the Zillow Home Price Expectation Survey, as of 2020, Nashville’s housing market is ranked as the fourth hottest in the nation. Home values within the area are expected to grow faster than the national average of 2.8 percent.

The 2019 Tennessee Housing Market at a Glance by the Tennessee Housing Development Agency notes that, statewide in 2019, the annual home price appreciation of seven percent was higher than the national average. Tennessee was ranked third in home price appreciation. Housing affordability continues to be a problem in rental and owner markets, however, as growing demand pushes prices higher. All in all, urban planners in Tennessee and those working in the real estate industry can expect upward trends to continue.