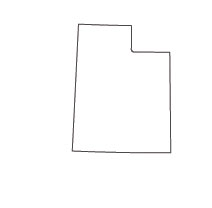 CityLab.com has identified the metropolitan area of Provo-Orem in Utah as the third-highest state for growth in the number of urban planning jobs from 2014 to 2019. During this five-year period, urban planning jobs in this area grew by 22.6 percent.

Urban planners in Utah are working to create an ideal place in which their fellow citizens can live, work and play. Throughout history, there has always been an emphasis on the quality of human settlements in the state of Utah. The first planning commission was convened in Utah by Mormon pioneers in 1847, creating a careful community building plan that would last for many lifetimes. The custom in Utah was to plan villages, initially for the purpose of allowing citizens to retain their religious cultures and organizations. It was also important, however, in planning financial and secular matters of the community. They believed that the urban center was responsible for nurturing the survival and social interaction of members of the community, and that this could only be accomplished when harmony existed between the town and the surrounding countryside.

Today’s Utah urban planners are still fighting to create the best Utah for their children and grandchildren. The world has become much more complex than it was in the 1840s, creating new challenges for urban planners. They must also concern themselves with protecting Utah’s sensitive lands, meeting housing needs, improving communities, improving sustainability, conservation of natural resources and energy, creating walkable commercial development, and protecting public safety in their urban designs. If you would like to learn how to become an urban planner in Utah and join them in these endeavors, read on.

According to the Bureau of Labor Statistics (BLS) of the U.S. Department of Labor, the annual median wage in Utah for Urban Planners in May 2019 was $64,750.  Those working in some of Utah’s largest cities might make salaries more or less than this average figure, as noted below:

The Utah Land Use, Development and Management Act is the main code governing and regulating land use statewide.  There are two versions of this law, one for municipalities and one for counties. In essence, this act authorizes and governs land use and zoning regulation by counties and cities. It also establishes requirement to which local governments must adhere. Generally, a local government (city or county) must adopt a “general plan,” which is a general guideline for future development in the area. The local governments must also establish planning commissions and authorities to which appeals can be made, if necessary.

Naturally and environmentally-sensitive lands are of great concern to Utah’s urban planners. It is central to Envision Utah’s Quality Growth Strategy. Under this idea, sensitive lands include any land on which development is not appropriate or must be approached carefully in order to ensure no loss of property or human life. It also includes land that has open space, agricultural or ecological value. Three categories of sensitive lands have been identified by planners:

Planners have developed strategies for dealing with all of the above types of sensitive lands, such as increasing minimum lot sizes or decreasing density per acre as slopes become steeper; establishing minimum setbacks and a natural vegetation buffer strip on lake shore lands; and requiring property owners in wildfire-prone areas to remove dead or dying vegetation. They also advocate for flexible zoning strategies when it comes to land use, supporting the agricultural industry in Utah.

Conservation easements are one of the most commonly used tools by Utah’s planners in protecting sensitive lands. These entail purchasing development rights between a willing seller and buyer. The landowner still owns the land and it can still be sued for agricultural/other purposes, but additional development on that easement is restricted.

Your next step along the pathway to becoming an urban planner in Utah is to obtain a graduate urban planning degree. The following program in Utah is accredited by the  Planning Accreditation Board (PAB) of the American Planning Association:

Next, you should seek to become professionally certified as an urban planner in Utah. The American Planning Association – Utah Chapter says that you should do this once you have your graduate degree and two years of professional experience under your belt. This is achieved by taking the American Institute of Certified Planners (AICP) exam.  You can take the exam at these Prometric testing sites in Utah:

The Utah Chapter of the American Planning Association can also help you with Certification Maintenance. This involves completing 32 CM credits every two years to maintain your AICP certification. Of these 32 credits, 1.5 must be in ethics, and 1.5 in current planning law. For more information or for help in finding applicable activities, contact the Utah Chapter.

Other Urban Planning Certifications in Utah

There are other professional certifications available for Utah urban planners, such as:

Working as an Urban Planner in Utah

Some of Utah’s recent planning projects that are notable include:

If you are lucky, your urban planning degree program in Utah will include an internship program. This will allow you to gain professional experience before graduation. Examples of potential sites for internships in urban planning in Utah include (but are not limited to):

There are many opportunities for careers in the public sector in Utah, such as:

Careers in Utah’s private sector in urban planning may include:

According to the National Association of Home Builders Housing Opportunity Index, as of 2008, 43 percent of Utah’s households at or below the median income could not afford to purchase an average home in the Salt Lake City area. Currently, Utah is experiencing what has been termed a “mismatch” between housing needs and zoning laws. Zoning can be used to create better housing options in the state. The best balance to meet housing demand, researchers say, would consist of 60 percent single-family houses, 26 percent apartments, and 14 percent townhomes and duplexes, statewide. Urban planners can help to shape Utah’s future through better and more efficient planning of living spaces for all citizens.

Other Resources for Utah’s Urban Planners