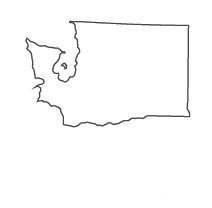 Urban planners in Washington state are interested in land use, transportation, housing, economic, environmental and social planning. This is a dynamic profession that seeks not only to improve communities but also the welfare of those living in the communities. Planners work with governmental leaders, businesses and citizens to come up with solutions to dilemmas within communities and to see possibilities where others see only problems.

In its 2020 State of the Cities report, the Association of Washington Cities (AWC) notes that the 281 cities across the state of Washington are facing increasing responsibilities with dwindling resources. They noted that 57 percent of Washington’s cities house fewer than 5000 citizens. The largest eight cities, however, make up 38 percent of the state’s population.  Although Washington’s cities are more financially stable now than they were in 2015, they are still worrying about the need for infrastructure construction, maintenance and public safety and health services, along with an impending economic slowdown, as revenues are falling short of expenditures.

If you choose to become an urban planner in Washington, you can help solve all of these challenges.  Working together, planners, businesses and governments can tackle the dilemmas that Washingtonians face head-on and create livable, sustainable solutions.

Washington Urban Planning and Land Use Laws and Regulations

Washington’s urban planning laws and regulations are focused largely on sustainability and making the state more “green.” With the Washington State Environmental Policy Act (SEPA), enacted in 1971, stricter control was placed on development to preserve the state’s ecology. Under SEPA, all government proposals and development plans must be reviewed and evaluated for its potential impact on the environment.

The Growth Management Act (GMA) was passed in Washington in 1990 and requires cities and counties that are growing at a fast pace to develop a comprehensive plan to manage population growth.   28 counties, and the cities and towns within those counties, are required to plan under the GMA, based upon population. These 28 counties account for 95 percent of the state of Washington’s population. Six high-growth counties (Thurston, Snohomish, Pierce, Kitsap, King and Clark) were required to set up their own “buildable lands” programs.  A total of 13 goals were established that each comprehensive plan should meet:

In 2017, changes were enacted that allow schools to be placed outside of Urban Growth Areas (UGAs) under certain conditions. Methodology for buildable lands reports was also updated. Final plat approval was designated to a local government’s planning commission or agency.

Development regulations in Washington include zoning, subdivisions, landscaping, planned developments, and more. These are mainly under the jurisdiction of their local government. Communities that fall under the GMA must meet the comprehensive plan already designed for them. Cities, municipalities and counties may have land use codes, as well as zoning codes.

After obtaining your undergraduate urban planning degree, you must get a graduate degree in an urban planning area in Washington. Again, choose a program that is accredited by the  Planning Accreditation Board (PAB) of the American Planning Association). In Washington, they include:

Once you have obtained your graduate degree and worked in the field for at least two years, you should consider becoming professionally certified by the American Institute of Certified Planners (AICP).  This will involve passing an examination. In AICP’s new Candidate Pilot Program, graduates of PAB-accredited schools can take the AICP exam before they earn the necessary years of professional planning experience. The exam is given at the following Prometric testing sites in Washington:

Use AICP’s Certification Maintenance program to help fulfill the requirement of completing 32 CM credits every two years in order to maintain your membership. Credits may be earned through a variety of methods, such as:

Check out the APA- Washington Chapter Events Calendar to find more qualifying CM activities and events in your area.

Other professional certifications in urban planning can be earned through the following organizations:

Careers and Opportunities for Urban Planners in Washington

Planning Projects of Note in Washington

These are examples of just a few of the current and recently completed urban planning projects throughout the state of Washington:

Many jobs in the urban planning arena are available within Washington’s public sector, with titles like:

There are also many private sector urban planning jobs in Washington, with names such as:

It is predicted that 1.5 million more residents will relocate to Washington state between 2020 and 2040. Washington is facing unprecedented growth in the coming years. Even areas that were once considered to be rural have grown significantly in the past years.

There is a greater need for affordable housing, especially in cities but also in suburban/rural areas of Washington. Eighty percent of Washington’s cities need state funding to create affordable housing programs. It is a problem that local governments cannot solve without state intervention and funding. Estimates say that the state is down by at least 100,000 housing units for the anticipated population increase. Urban planners will be vital in preventing homelessness in the state as they tackle these issues.